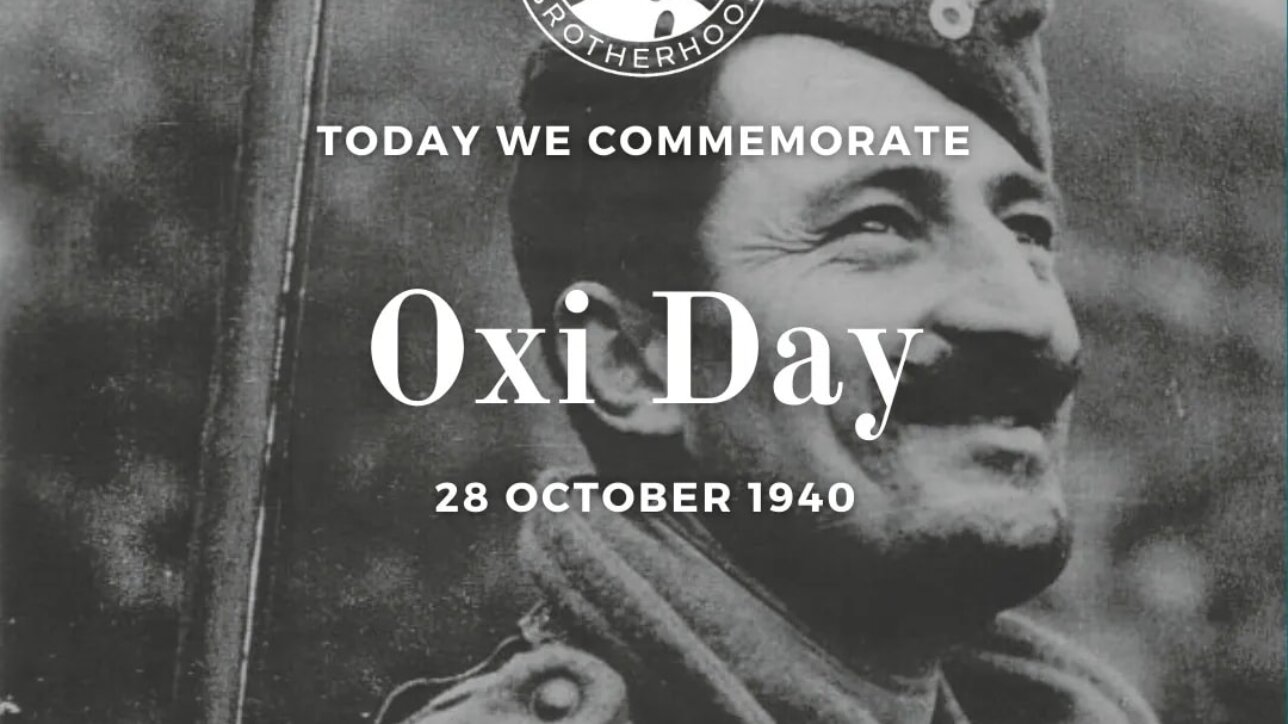 On the 28th of October the Pallaconian Brotherhood commemorates “Oxi” day, when we honour the bravery of the Greeks who said “No!” to Italian threat in 1940 and until the final liberation and victory in WWII!

The ultimatum made by Mussolini’s ambassador Grazzi demanded that Greece allow the Italian and Axis forces to effectively “occupy” Greece. Ioannis Metaxas, the then Prime Minister of Greece, answered with one word, a decisive “Oxi” (No!) and later added in French, «Alors, c’est la guerre» (Then, it is war).

“When the entire world had lost all hope, the Greek people dared to question the invincibility of the German monster raising against it the proud spirit of freedom.”

Winston Churchill also said of the Greeks: “Hence we will not say that Greeks fight like heroes, but that heroes fight like Greeks!”

Although outgunned and outsupplied, facing an enemy with superior armoured and air forces, the Greeks employed ingenuity and determination. With the invaluable support and brave sacrifice of the women of Northern and Southern Epirus, the Greeks not only managed to fend off Italian and Albanian attacks, but counterattack deep into Albania.

Many consider this to be the first Allied victory of the Second World War!